The US Initial Public Offering (IPO) of FanDuel has been delayed by Flutter Entertainment, as the former operator’s CEO, Matt King, prepares to depart after announcing his resignation in May.

As reported by The Telegraph, Peter Jackson, CEO of Flutter, has made the decision to delay the listing until 2022, as the FTSE 100 operator conducts a recruitment campaign for King’s replacement.

King served as FanDuel CEO for four years, overseeing the company’s transition from online daily fantasy sports to the wagering space. The former Director at private equity firm KKR is moving on to work with Chicago Cubs owner Tom Ricketts, whilst Flutter conducts an ongoing recruitment drive for his replacement.

Flutter, the gambling group behind international betting operators Paddy Power, Betfair and Sky Bet, had initially disclosed that it was pursuing a listing of a ‘small shareholding’ in £13 billion-valued FanDuel in March, as a means of strengthening its foothold in the newly regulated US sports betting market.

FanDuel accounted for 91.6% of the group’s North American revenue in Q1 2021 and 89.1% for the full 2020 trading year, with the remaining 8.4% in first quarter earnings generated by Fox Bet, which includes PokerStars US.

However, The Telegraph’s sources at Fox Corporation have informed the outlet that the firm’s legal dispute with Flutter will also likely have an impact on the decision to delay the listing, although this has been denied by Jackson.

Fox has served as the strategic broadcasting partner of Flutter for the US sports betting and gaming sector since 2019 via its Fox Sports subsidiary, following Flutter’s $11 billion merger with The Stars Group , in which Rupert Murdoch’s company held a minority investment.

The legal proceedings concern the price at which Fox can exercise its multi-billion-dollar option to buy an 18.6% stake in FanDuel at a significantly discounted purchase price, and is currently being arbitrated in New York.

Flutter obtained a 37.2% stake in FanDuel in December 2020, setting Fox’s desired 18.6% share at $11.2 billion, but the UK-based betting group now believes that its US asset is worth much more.

This claim is denied by Fox, which argues that it should pay a purchasing price relative to Flutter’s December transaction, whilst Flutter maintains that the US firm should acquire its prefered stake at a ‘fair market price’.

As reported by CNBC in April, Fox adds that its 10-year option to purchase half of The Stars Group’s US operations as a result of the Flutter merger exists in April with its 18.6% interest in FanDuel. 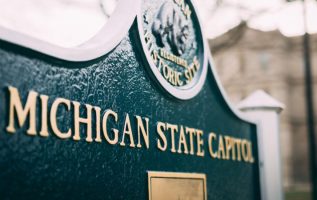 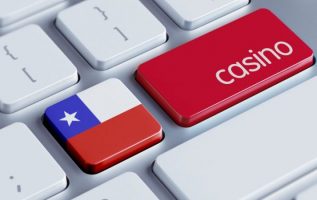